How to Clean a Shower Head 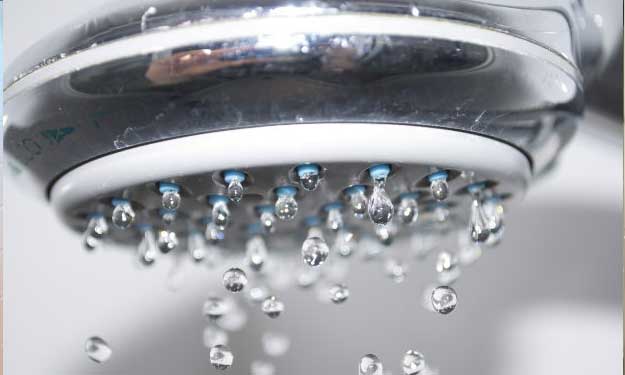 How to Clean the Shower Head

Taking a shower might be the most peaceful part of your day, it is for me.

If you are like most busy women, it’s sometimes the only time you are by yourself and no one is asking you for anything. If your shower head is dirty, it can interfere with your enjoyment of this personal time.

A clogged and dirty shower head can greatly reduce the amount of water that makes it through the small openings making the water pressure feel much softer. Luckily, it’s easy enough to remedy that problem and get back to long, luxurious showers with great water pressure.

Before you get started, you should know that this job is a little bit home improvement and a little bit cleaning. You need a few tools to get the work done. Don’t be intimidated, taking off the shower head is an easy task.

Be sure that the water is turned off completely or you might get wet when you remove the shower head.

There are tons of cleaners on the market that promise to remove lime scale, calcium, rust, hard water and other deposits from faucets and showers. Many deliver on their claims to clean these items, but there are things to consider.

The cleaning product that you use is up to you, and a more natural approach will take a little longer, but is just as effective as harsh cleaners and won’t have a toxic effect on you or the groundwater.

If you are still not convinced that a natural cleaner can do the job, at least give it a try one time. You can always go out and spend money on those products later (but you probably won’t once you’ve seen how simple the natural way can be).

Once you’ve removed the showerhead, you will probably be surprised by how gross it actually looks. When you are showering, you don’t really see all the buildup on the piece because of the water coming out. A close up look shows the real story.

Here’s the natural way to get it nice and clean:

Now that the shower head is clean and the water will flow freely, it’s time to reinstall it in your shower. You can just reverse the process you used to remove it before you cleaned it.

Before you put the shower head back on, wrap the Teflon tape on the pipe threads to help create a watertight seal. Using Teflon tape is optional, but I like to use it because if you have a leak at the point where the shower head attaches to the pipe, it’s kind of annoying.

You should clean your showerhead as often as necessary, but definitely do a thorough cleaning once a year or so depending on how hard your water is.

In between full cleanings, you can fill a Ziploc bag with vinegar and attach it to the shower head without removing it. This will help keep the shower head clean and free of deposits.